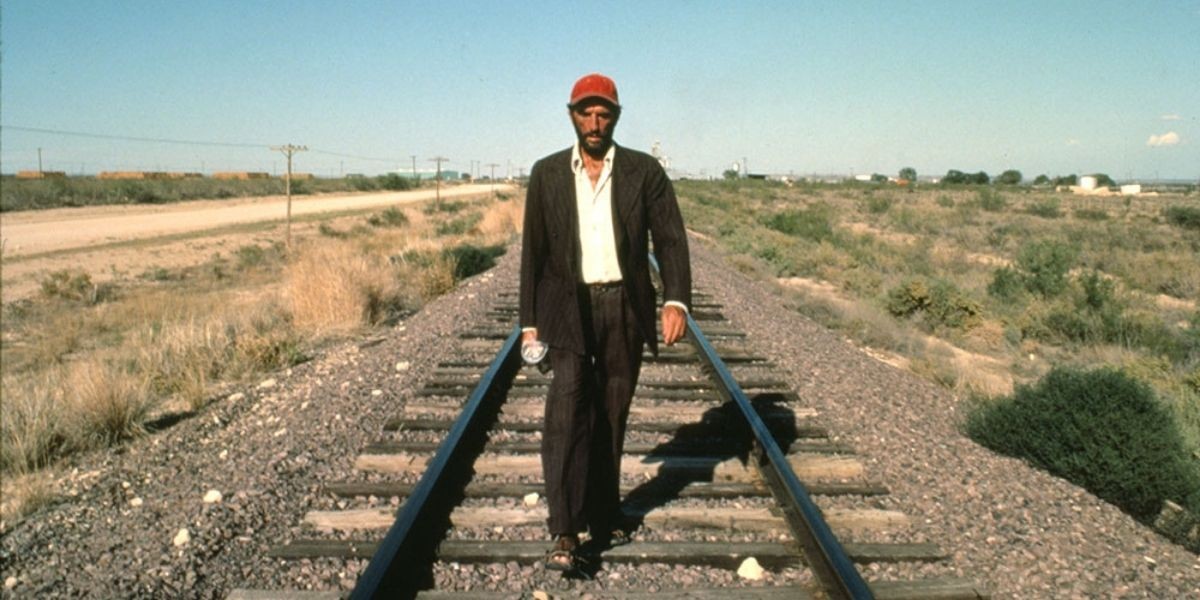 ★★★★★ – Empire. After four years in the desert, Travis Henderson stumbles into a store with no recollection of who or where he is. Paris, Texas follows his journey to reconnect with his wife, family and society.

A bedraggled figure emerges from the Mexican desert, dressed in scruffy jeans and a baseball cap, in a fugue state. As Travis asks for help at a backwater gas station, he passes out and is taken to the local hospital. In his pocket is found a telephone number, belonging to his brother Walt, whom he has had no contact with for four years. Walt arrives to collect him, wary of the changes in their families lives since Travis’ disappearance.

As they stop on the road, Travis begins to wander again, down the tracks and away from Walt. He does not speak, as if he doesn’t know how, and Walt eases him back onto their path. When Travis does start to find words to express himself, it’s as if they rattle through him with memories of the past.

They arrive at Walt’s Los Angeles home that he shares with his wife and Travis’ son Hunter - informally adopted when Travis disappeared and his Mother couldn’t cope alone, though she sends a cheque each week from Houston. Travis takes time to bond with Hunter, resulting in a road trip to find his Mother. Motivated by deep grief for the life he used to have and destroyed with drink and jealousy, Travis attempts to put his life together.