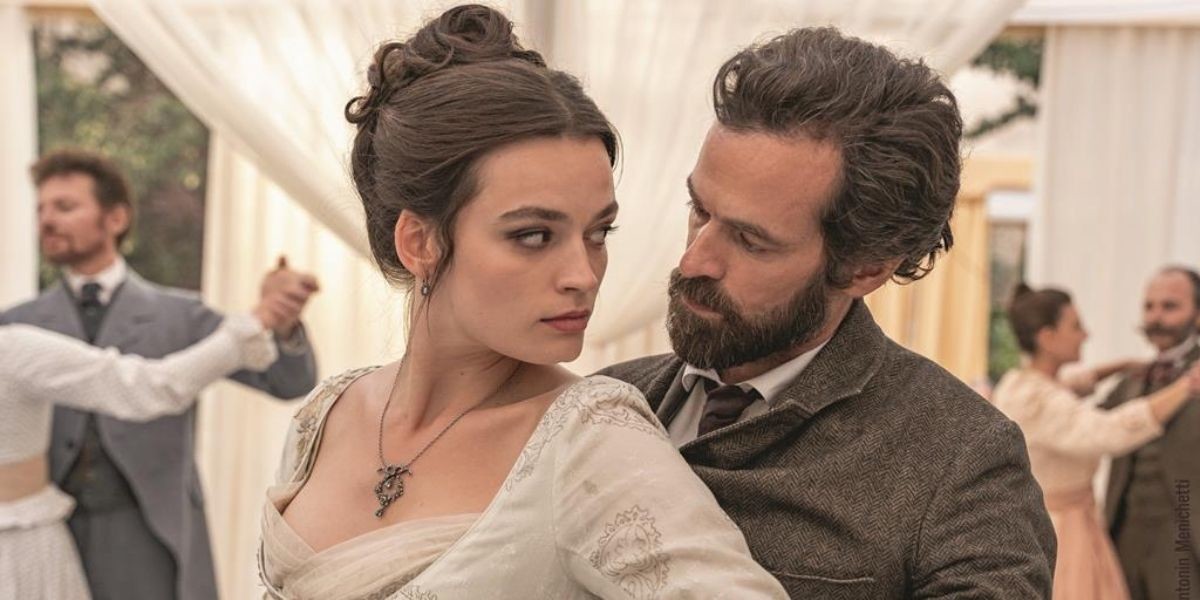 Romantic drama inspired by Gustave Eiffel’s life during the construction of his famous tower. Under pressure after the completion of the Statue of Liberty, Gustave begins plans for the centrepiece of Paris’ Exposition Universelle of 1889.

As Gustave (Romain Duris, Populaire) looks over the city from his eponymous tower, he is cloaked by the shadow of memories surrounding its conception and construction, beginning with a chance meeting with the woman who would become his greatest love and deepest heartache.

Adrienne (Emma Mackey, Sex Education) is the daughter of a wealthy local bourgeois, who crosses paths with Gustave as he approaches her Father to ask for funds for safety scaffolding after an accident occurs during the construction of an iron bridge over the River Garonne. She later reveals she saw the accident and heroic rescue Gustave carried out.

An imagined love story plays out in the film, set against the backdrop of a structure famed the world over and featured in the photo albums of almost every holiday to the French capital. Part biopic, part sweeping French romance, tied together with magnetic performance from the two leads.