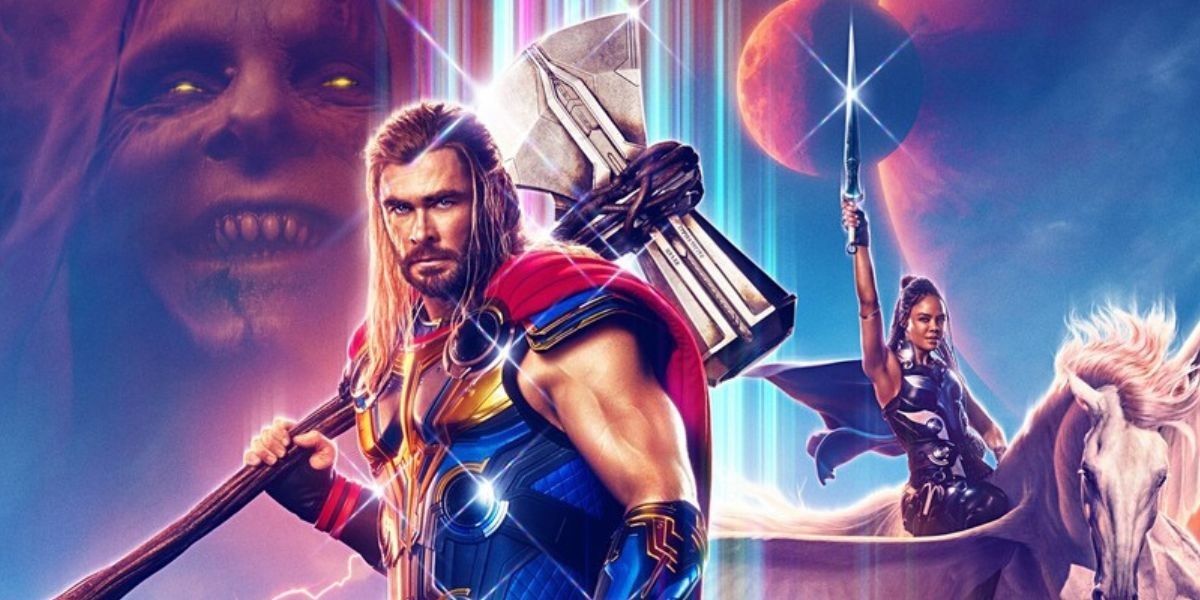 Chris Hemsworth returns to the big screen as Thor, on a quest unlike any he’s been on before, a quest for inner peace. As if the battles with his own demons weren't enough, the space Viking is called back into action to defend himself and the rest of the Gods from elimination from the deadly Gorr the God Butcher.

Following on from the events of Avengers: Endgame (2019), Thor finds himself in a moment of reflection, seeking to find more about who he is, what his purpose is, and why, and if, he’s a hero. Amid his soul-searching, word of a potentially devastating enemy out to destroy his kind - Gorr the God Butcher (Christian Bale) - surfaces and catapults him back into battle.

His first task is to enlist Valkyrie, Korg and Jane Foster - now the Mighty Thor - to help him defeat Gorr and prevent his plan to destroy all Gods.

Packed with the action we’ve come to know and love from the MCU, Taika Waititi (Thor: Ragnarok, Jojo Rabbit) is back in the director’s chair for this epic adventure.