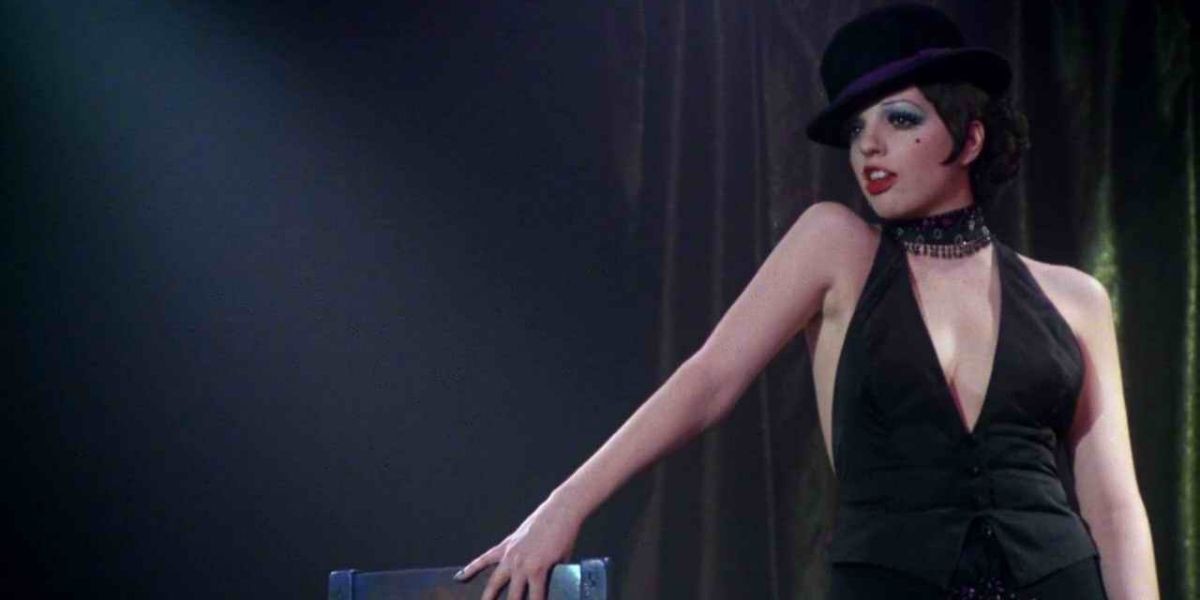 ★★★★★ – Guardian. Celebrating 50 years of Bob Fosse’s iconic adaptation for the screen, Cabaret is one of the most intoxicating film musicals in existence. Featuring classic songs by Kander & Ebb such as ‘Maybe This Time’, ‘Willkommen’ and ‘Money Money’.

"★★★★★ – This viscerally powerful, deliriously inspired musical stands the test of time, and then some" – Guardian

"★★★★★ – All are guaranteed to leave Sally Bowles' words ringing in your ears as the credits roll: 'Divine decadence, darling!" – BBC Culture

Based on the stage musical of the same name, adapted from Christopher Isherwood’s anthology novel ‘The Berlin Stories’ and the 1951 play ‘I Am a Camera’, Cabaret revels in the hedonism and underground bohemian nightlife of Berlin during the Weimar Republic in 1931 as the Nazi Party is looming large, and fascism is on the rise.

Liza Minnelli stars as Sally Bowles, a libertine nightclub singer at The Kitkat Club, hosted by the enigmatic Emcee, played with effervescent menace by Joel Grey. At the boarding house where she lives, she meets a new resident, an unworldly scholar from Cambridge University, Brian (Michael York). A complicated tryst ensues with the arrival of young and handsome Baron Maximilian von Heune (Helmut Griem), leading to heartbreak and tragedy for Sally and Brian.

Cabaret rips up the book of musical cliches and presents a picture of the desperation faced during the rise of the Nazi party, a testament to the spirit of ‘the show must go on’.

Nominated for 10 Oscars and the winner of 8, including Best Actress, Best Supporting Actor and Best Director, cementing Bob Fosse’s illustrious career and credit to his meticulous artistic vision.