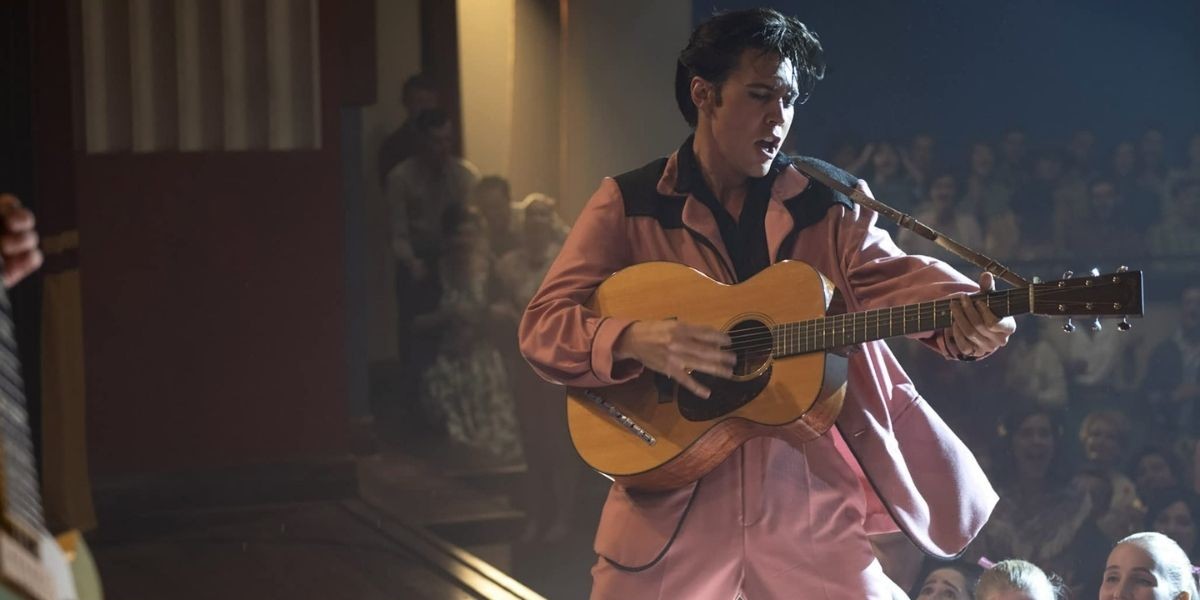 ★★★★ – The Times. Baz Luhrmann casts his spectacular cinematic gaze over one of the greatest musical artists of all time, Elvis Presley. With his signature showmanship, Luhrmann combs through American society and politics through the 50s, 60s and 70s through the life of the King of Rock ‘n’ Roll.

Relative newcomer Austin Butler (Once Upon a Time in Hollywood, Dude) stars as Elvis, completely disappearing into the role and achieving a praise-worthy transformation, along with Hollywood royalty Tom Hanks as Colonel Tom Parker, the Dutch musical entrepreneur who catapulted Elvis to stardom. Following his path from childhood to his now legendary status as rock and roll star, with theatrical flair and a soundtrack to boot.

An intrinsic figure in music history, Elvis’ influence is still felt today with countless hits that have become timeless classics. His provocative moves and stance on segregation regarded as radical at the time earned him a divisive reputation, ultimately leading to his status at the King.