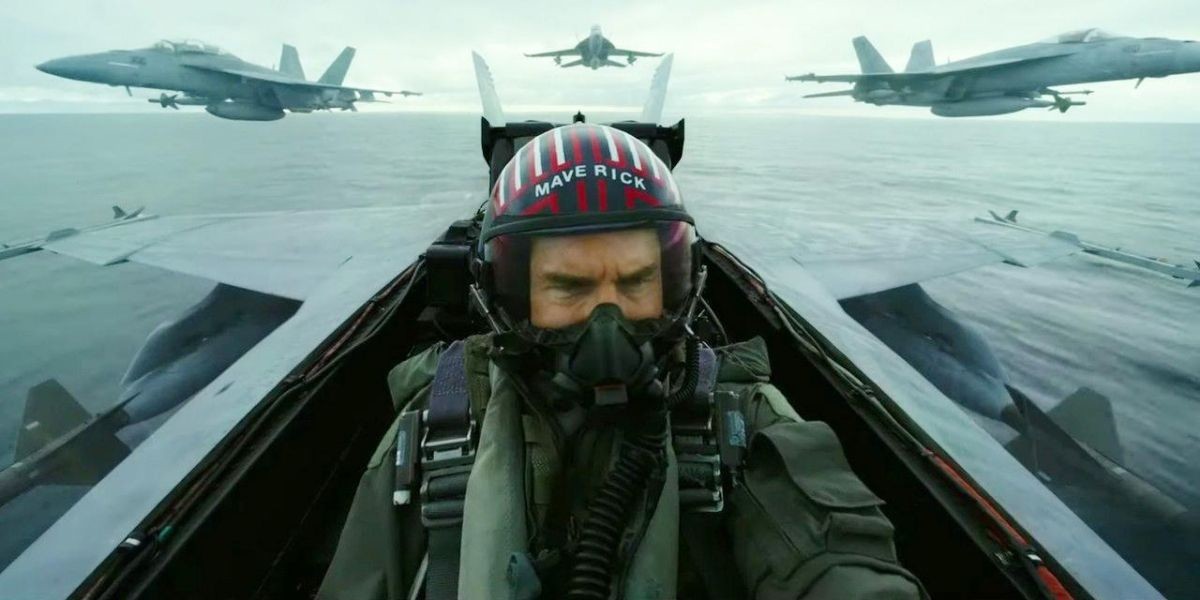 ★★★★★ – Empire. The most eagerly anticipated sequel of the 21st century is requesting another fly-by, and we’re thrilled to be granting it! After 30 years as a successful Navy aviator, Maverick is back at Top Gun, training pilots for a mission unlike any other.

The most eagerly anticipated sequel of the 21st century is requesting another fly-by, and we’re thrilled to be granting it!

Pete "Maverick" Mitchell (Cruise) has spent 30 years as one of the leading aviators in the US Navy, his daredevil ways making him the foremost test pilot around. A promotion is looming, meaning he would be out of the air and back on the ground, but when Maverick finds himself back at Top Gun training the next generation of fighter pilots he is confronted with the ghosts of his past.

Top Gun: Maverick is a guaranteed adrenaline rush, jam packed with unbelievable flight sequences promising to be more jaw dropping than anything seen before. A familiar cast will ignite the nostalgia of the iconic first film, with new faces injecting fresh excitement in this jet-fuelled frenzy.