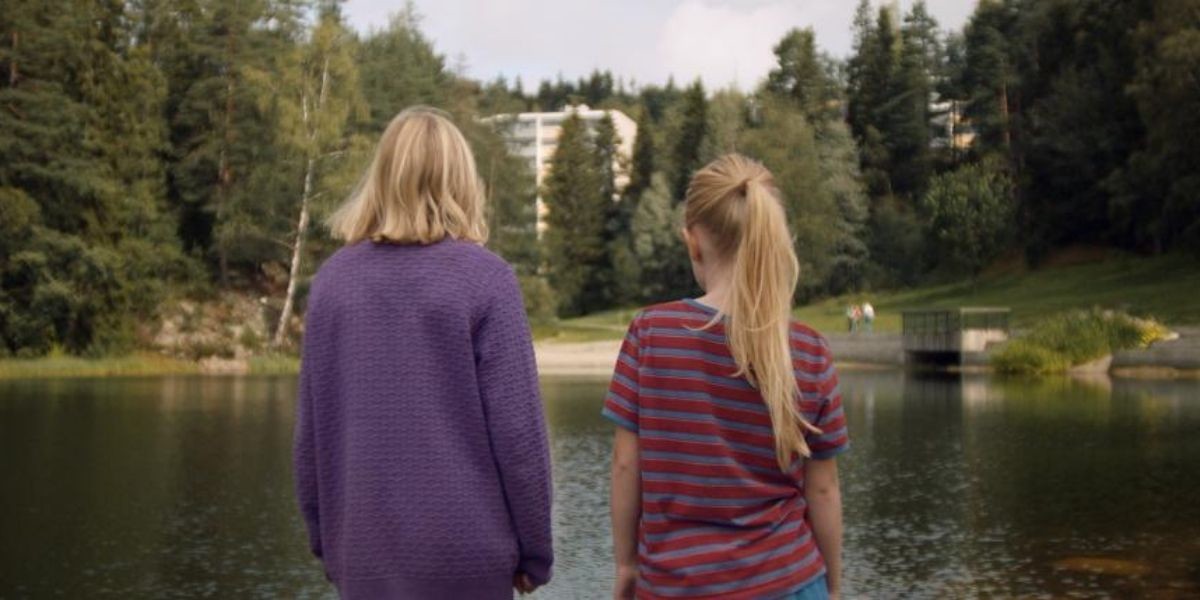 ★★★★ – Bloody Disgusting. From the writer of The Worst Person in the World, comes a chilling supernatural thriller, exploring the boundaries of innocence.

From the writer of The Worst Person in the World, comes a chilling supernatural thriller, exploring the boundaries of innocence.

The story unfolds in a Norwegian tower-block complex, focusing on the lives of three families, led by the children. Ida is 9 and new to the area with her sister, Anna, who developed regressive autism as a toddler and no longer speaks. While playing outside during the bright, Nordic summer, they befriend Ben and Aisha, and once the adults are out of sight, they discover they possess supernatural powers.

A refreshing change from the usual lens given to superpowers in cinema, Eskil Vogt’s visionary film creates a creeping tension, he resists the urge to sensationalise the protagonists otherworldly abilities and a sense of realism permeates, resulting an immersive story that is made all the more believable by the exquisite cast – the majority of whom are under 12 years old.

The weight of a long, lonely summer holiday grounds this high tension thriller that poses questions around childhood, innocence and the difference between right and wrong.