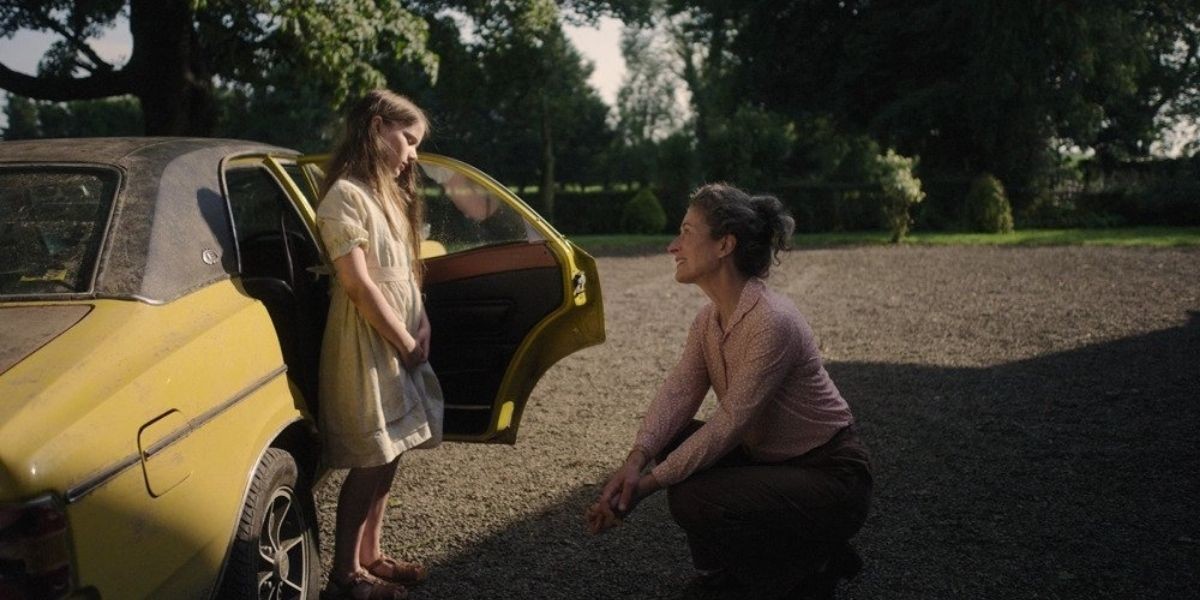 "★★★★★ – a jewel" – Guardian. Based on Claire Keegan’s novella Foster, a girl from a dysfunctional family spends a summer with foster parents to be nurtured and heal from her chaotic start in life.

Cáit arrives at a rural Irish home in the early 1980’s, dropped off by her Father with barely a goodbye, with only the clothes on her back. She has been sent to stay with her Mother’s cousin while her Mother has another baby, to be given the care and attention she so clearly needs.

Before long, Cáit is thriving, the stains of her upbringing gently and lovingly washed away in a home full of warmth. However as time goes on, she learns the price of such enveloping care can be deep, unabating grief.

The Quiet Girl is the first Irish language film to be selected for the Berlinale Film Festival, and was awarded Best Film in its section, and earned a swathe of accolades at the IFTAs.