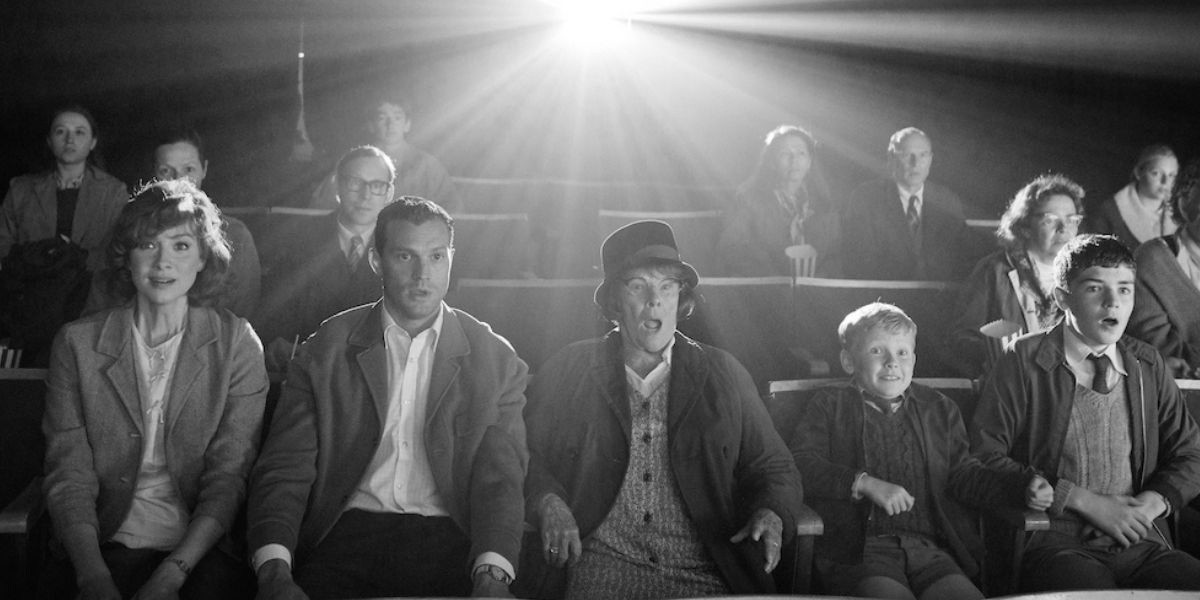 ★★★★★ – The Times. Kenneth Branagh writes and directs this semi-autobiographical tale of the Belfast of his youth about a young family torn between their home and fleeing the increasingly violent spectre of the Troubles.

“★★★★★ – A stirring coming-of-age portrait with magnificent performances” – The Playlist

Set during the tumult of late-1960s Northern Ireland, the film follows Buddy (Jude Hill), a young boy on the cusp of adolescence, as he navigates a landscape of working-class struggle, sweeping cultural changes, and increasing sectarian violence. Buddy dreams of a glamorous future that will whisk him far from the Troubles, but, in the meantime, he finds consolation in his charismatic Pa (Jamie Dornan) and Ma (Caitríona Balfe), and his spry, tale-spinning grandparents (Ciarán Hinds and Judi Dench).

Beautifully shot in lustrous black and white and with a wonderfully talented ensemble cast, Belfast is a tender and poignant coming-of-age tale that will win your heart with an equal measure of hearty laughs and tears.