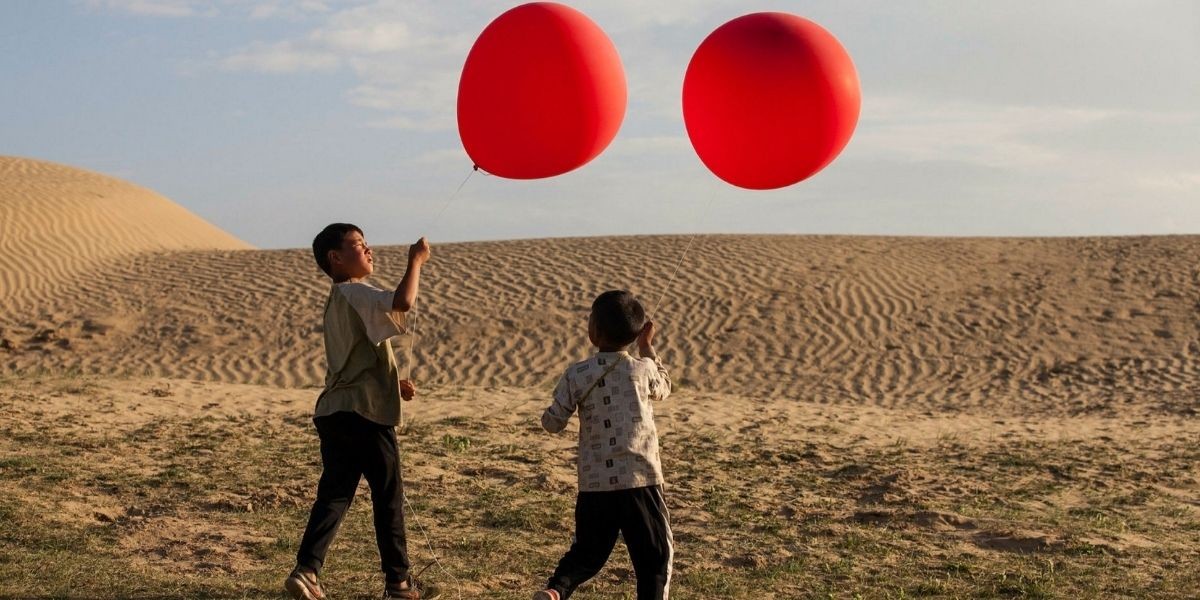 The Tue 26 Oct, 7.15pm screening will feature a pre-show talk from Dr Toby Lincoln, Associate Professor in Chinese Urban History at the University of Leicester. His research focuses on urban-rural relations in 20th century China, and the impact of WWII on cities.

A Tibetan family in the 1980s struggles against the conflicting dictates of nature, spirituality, politics, and free will.

Dargye (Jinpa) and Drolkar’s (Sonam Wango) two boisterous youngest sons have blown up their parents’ condoms like balloons. Not only does this outrage their entire village, but more practically: they have no more condoms. The shepherd couple already have three children, and as China has recently introduced its one-child policy, they can’t have any more.

With its cool colour palette, attentive handheld camerawork, and painterly passages that seem to transpire somewhere between this world and the next, Balloon approaches weighty themes with beguiling brio and a sense of wonder.