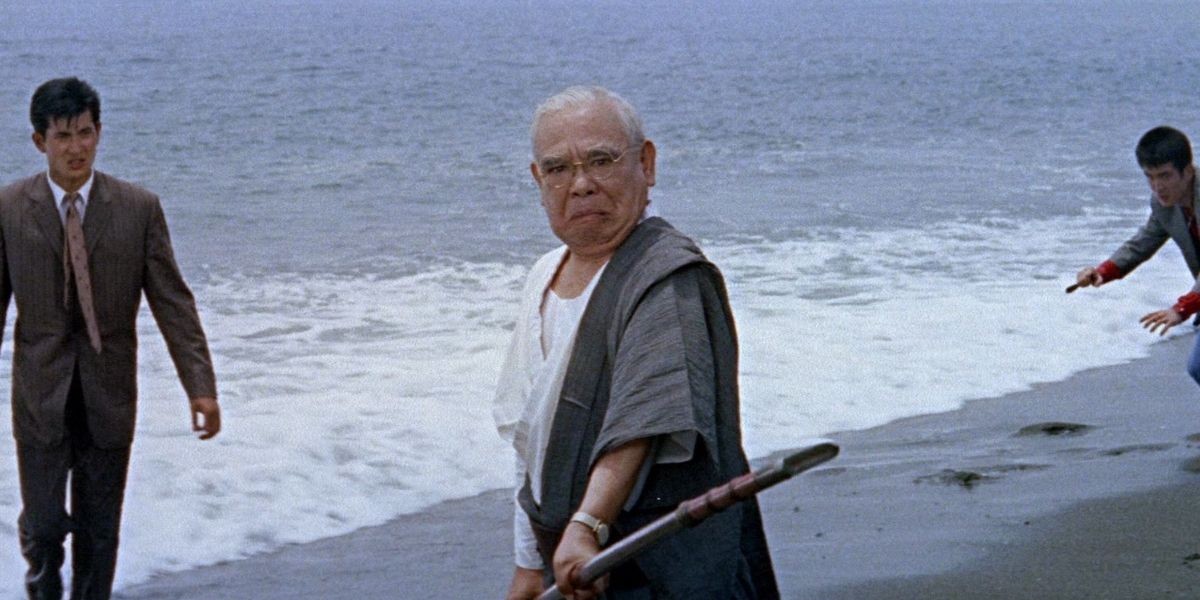 Reminiscent of an Elvis film, Tokyo Mighty Guy is a charming action-comedy musical about a charismatic chef who ends up in hot water when he opens a new restaurant.

Akira Kobayashi, a mega star in Japan at the time, stars as Jiro in this high-spirited story about a chef opening up a French restaurant in a busy part of Ginza.

While his charismatic charm and culinary skills get the women coming back for seconds, he soon starts attracting unwanted attention. The plot starts to boil over once a corrupt politician tries to take over his girlfriend’s business.

Unlike other Nikkatsu films which dabbled in gangster tropes, Tokyo Mighty Guy seems to almost parody that and embrace the inherent weirdness.