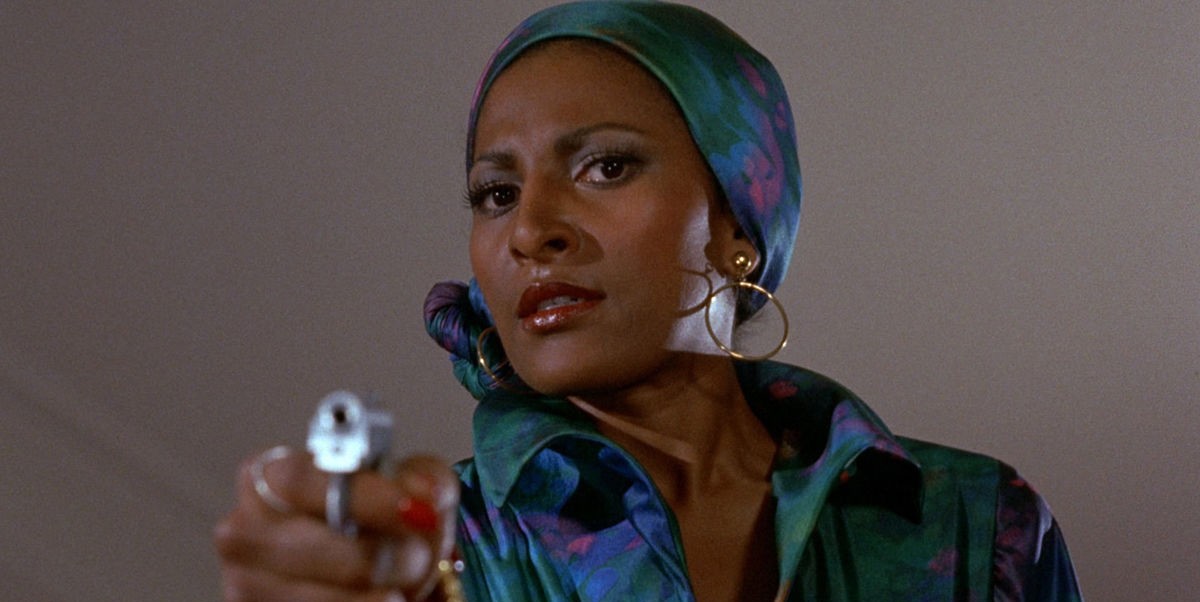 Blaxploitation icon Pam Grier stars as Foxy Brown, a vigilante who seeks retribution on the mobsters who murdered her boyfriend, in this feminist revenge thriller from the director of Coffy.

Director Jack Hill re-teams with Pam Grier after the success of Coffy for this action thriller about a woman hellbent on revenge. Posing as a prostitute, Foxy Brown tracks down the mobsters responsible for murdering her boyfriend, determined to enact the ultimate retribution.

Pam Grier became a screen icon for her gender stereotype-busting roles throughout the 1970s and Foxy Brown heralded a new archetype that redefined Black beauty, sexuality and womanhood.

Adult ticket holders can see all four films in our Black History Month programme for £30. The discount will be applied at checkout.