Prado: Collection of Wonders (12A) 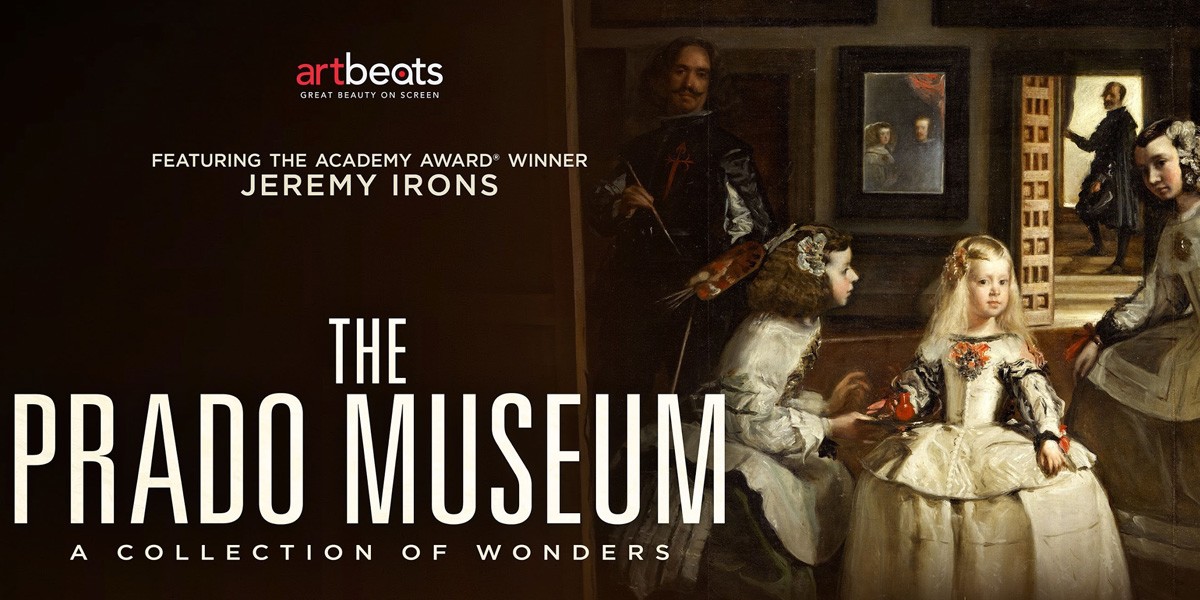 A cinematic journey through the rooms, stories and emotions of one of the most visited museums in the world; narrated by and featuring Academy Award-winner, Jeremy Irons.

The Prado Museum: A Collection of Wonders, narrated by and featuring Academy Award-winner, Jeremy Irons, is a cinematic journey through the rooms, stories and emotions of one of the most visited museums in the world. Its wealth of over 8000 art treasures is a spell-binding experience drawing almost 3 million visitors to Madrid every year.

The film interweaves the art narrative with a study of the architecture and an analysis of valuable archival materials and includes interviews with various experts from the Prado Museum. It takes a close look at not only the magnificent works of art but also the landscape, the palaces and buildings that saw the birth and development of these extraordinary collections.

The life of the Prado collection began with the birth of Spain as a nation and the marriage between Ferdinand of Aragon and Isabel of Castile; a union that marked the start of the great Spanish Empire. Yet, over the centuries, painting had been a universal language that knew no boundaries.

If there is one museum where it is clear that painting was not affected by nationalism then that museum must surely be the Prado, with its eclectic and multifaceted collections demonstrating that art has no passports limiting its circulation, that rather it is a universal means to understand and convey the thoughts and feelings of human beings